What’s this? A manga review? Well that’s new isn’t it? I don’t believe I’ve ever reviewed a manga before. Or finished one for that matter. But this is a special occasion as I’ve officially read all 229 chapters of Nisekoi! It’s been a pretty funny journey over the past couple of years. I was introduced to the series through the first season of the anime, and even read past the second season before it was even released. I stopped reading however as I didn’t want to read week-to-week, and wonder if I ever would’ve finished the series if Wikipedia hadn’t spoiled the ending for me. But we’re getting ahead of ourselves, so I’ll start the review with something Wikipedia should’ve kept it mind!

Nisekoi follows high school students Raku Ichijo, the son of a leader in the yakuza faction Shuei-Gumi, and Chitoge Kirisaki, the daughter of a boss in a rival gang known as Beehive. They unexpectedly meet when Chitoge hops a wall and knees Raku in the face. After she runs off, Raku realizes he has lost his locket which was given to him by his childhood sweetheart with whom he made a secret promise. After discovering Chitoge is a new transfer student in his class, he forces her to help him look for the locket. During the search, they begin to dislike each other.

Upon returning home, Raku learns that the Shuei-Gumi and Beehive gangs have agreed to settle their feud by pairing their leaders’ children. Raku learns that his girlfriend-to-be is none other than Chitoge. For the next three years, they must pretend to be in a relationship to maintain peace between the gangs. This turns out to be quite a challenging task, not only because of their hatred for one another, but also because Raku has a crush on another schoolmate, Kosaki Onodera, whom he secretly wishes was the girl who bears the key to his locket. Various developments complicate the situation, including Chitoge’s over-protective bodyguard, a female hitman, a girl who claims to be Raku’s fiancée, and the existence of multiple keys. Yui Kanakura, the newly appointed head of the Char Siu Mafia and Raku’s childhood friend, also joins in as a fiancee with yet another key to the locket.

After numerous adventures with the girls, Raku realizes he has fallen for both Chitoge and Kosaki. When Chitoge learns that Raku and Kosaki have liked each other since they were in middle school, she tries to support their relationship by leaving Japan. This prompts Raku and the others to look for her. They discover more about the book that tells the story of the keys, and recall more of what actually happened ten years ago. Although it is revealed that Kosaki was the girl Raku had made the promise to marry, Raku realizes he now loves Chitoge and professes his love to her. The manga ends with the series’ characters preparing for Raku and Chitoge’s wedding. – Wikipedia

Told you it was spoiler heavy didn’t I? I suppose there’s not a lot else I could add to that in terms of plot, but I do honestly feel like that summation doesn’t do this rom-com justice by any means. However I’ll still try to give it a fair review. And while a lot of fans and readers expressed disappointment with the way the series ended, I’d like to present my case for why it was actually very well done. No it’s not just because I preferred Chitoge (biased much?), or because it was set up as the main romance of the plot from the beginning. But I will concede that the ending felt rushed in terms of time between confession to marriage. Also some of the gifs and images I use in the post will come from the anime as they’re the characters’ (voices and mannerisms) I experienced while reading the manga. It just fits okay?

Enter Chitoge Kirisaki, the cute, colorful, super-strong, rude, mobster daughter. When we’re first introduced to her, like Raku, I couldn’t stand her. I was full steam ahead on the Kosaki train. However I had my suspicions with her being a main heroine in this harem series that she would soon be redeemed. I was… kind of right? Okay so it took a little while since she was always full tsundere mode, but if nothing else it quickly became apparent that she wasn’t a bad person. She was more or less dealing with a forced relationship with someone she didn’t know or like. However the signs were all there from the beginning. She gives Raku a nickname “bean sprout” which is oddly both insulting and endearing. She’s insanely jealous when the other girls get his attention. She even sees that he’s a very caring person whom she may have judged incorrectly. They may have started out hating each other, but they overcome multiple hardships by helping each other out and bonding all the while. 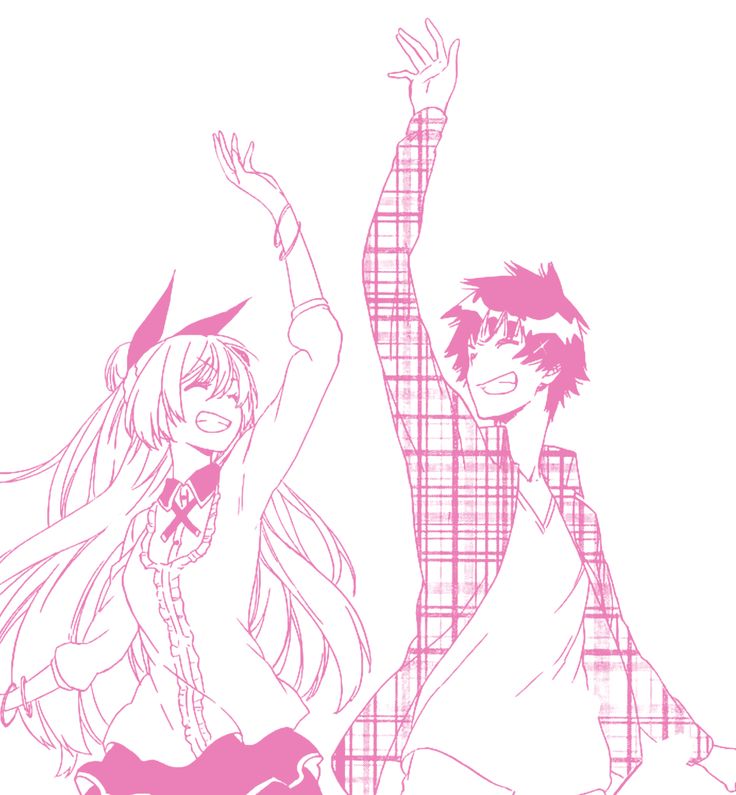 Of course it’s a little unfortunate that she realized her true feelings so much sooner than Raku unraveled his. If anything that clueless bean sprout did his best to ruin the series, but these are the woes of every harem series it seems. It only took Chitoge a year to realize her feelings, two to act on them, and the third to confess. Raku and Kosaki however probably could’ve gone their whole lives without ever acting on their feelings if it weren’t for the constant prodding of others.

Here’s where I suspect I’ll lose a lot of people as it seems Kosaki was the people’s true choice. However if you hear me out I think we might find that things would never have worked out between her and Raku. I’m not saying it was the best choice Naoshi Komi could’ve made writing this series, but I think this ending was the only way it could’ve gone. Let me explain.

We’re told several times in this series that both Raku and Kosaki have had a crush on each other since junior high. Actually since ten to twelve years ago, but that’s beside the point. These two have been nervous, emotional train-wrecks around each other for years. But not even during their confessions are they on a first name basis. They’re pushed into romantic situations every other day, but always eagerly put each other into the friend-zone to avoid potential embarrassment. To me at least, it seems they’ve idealized their relationship, so intensely and for so long, to the point where they cherish the idea of becoming a couple more than actually pursuing it. Now don’t get me wrong. If Chitoge had never entered the picture I suspect that Kosaki and Raku would have ended up together. However I highly doubt it would’ve happened before their senior year, and even then I think it’s more likely to have happened in college. But this wasn’t a series set between two lovers with the occasional romantic rivalry popping up — only to be shot down by the end of the episode by the strength of their love. No no no. This was a harem series with two main “potential” rivals who happened to become best friends.

The problem for Kosaki lies with the very name of the game — False Love. Raku and Chitoge didn’t start all lovey-dovey, but were forced to be together as a fake couple. Sure Raku admits he finds Chitoge attractive, but it’s her personality and their dynamic growing over time that makes him realize he loves her. We see development in her character as she’s revealed to be more than just a gorilla-woman, but someone who also cares for others and is actually quite delicate inside. Whereas the biggest character development we get for Kosaki is 225 chapters of courage building. Until her confession, she remains a largely static character. A nice, sweet, loving girl, but an unchanging one. It could be argued that even other girls in the harem potentially had a better chance than Kosaki. They all have most of Kosaki’s good aspects, but something to add to them as well.

In the end though I understand where Kosaki fans are coming from. I’ve been especially critical of her for reasons not everyone can understand. To those who have read the manga, I’d say it’s the same reason Tachibana hated the other girls. To those who haven’t, I’d say it’s regret. That sinking feeling in your chest when you could’ve gone after something you wanted but didn’t because you figured it was unobtainable, or maybe you didn’t deserve it. Maybe you even changed your mind and did try, only to find out you were too late. In short, I see Kosaki as a metaphor for ones’ head in the clouds and Chitoge as one living more in the moment. Whereas Kosaki reluctantly decides to continue working in her mother’s bakery, Chitoge takes a new path as a fashion designer and model. I believe this story was subtly telling it’s readers to chase your dreams while you can or to “enjoy your youth properly”. If you do, you might get your happy ending.

Nothing too original or bold, but I did enjoy the selective character development. Honestly not to much too add here after what I’ve written above.

If I were reviewing the anime this would’ve easily been a 5/5. In fact, it’s the vibrant colors that got me watching the show to begin with. However this being my first manga review, it only feels right to go by it. I don’t have any grand complaints as far as the art goes. It was well done and rarely seemed lazy or confusing. I constantly found myself reading 25+ chapters a day which I think had a lot to do with how digestible the drawings were. I especially loved the outrageous or chibi designs that were sometimes included.

Otherwise known as the “fun value”, I think this category is necessary to convey the humor and emotion this show evokes. I’m sure my roommate was a little worried hearing me laughing erratically from the other room one moment, and tearing up the next. When you think of harem series I don’t know if you’re supposed to expect an emotional roller-coaster but Nisekoi delivers anyways.

It was a fun read and I’m a little sad that it’s over. I wonder if anyone has a similar manga/anime to recommend to me to fill this void in my soul?

Also more gifs! I doubt I’ll be reviewing the show unless they decide to finish it someday, so I wanted to share some of these great clips I found while writing this review!